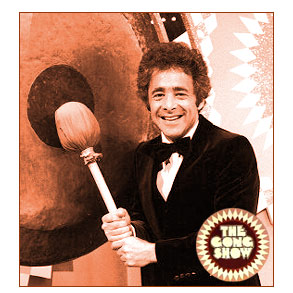 What if I told you that someone with responsibility literally brought a red button to a meeting? What if I told you that this person, while his subordinates were making test-run presentations, would push the button and the words ‘no whining!’ would be ejaculated as a sound effect? Again: this is not a metaphor. This is real.

So I’ll ask: Who is this person? What do you imagine the setting to be? Are we talking about adults? Younger people? A gimmicky corporate setting? Friday night neon bowling?

No. That would be the President of the UW System and the subordinates would be our campus Chancellors, who were asked to describe the campus effects of another quarter of a billion dollar cut to state support. They were instructed not to whine (as faculty have been told to not be emotional), and upon further review, the presentations themselves were cancelled. I know what you’re thinking: this can’t be true, no way, this is the president of a university system, we knew you were close and you’ve finally lost it!   I know; that’s what I thought as well. Here is the incident in question detailed by Nico Savidge:

“[The presentations] should be factual, not whiny,” Cross wrote in his message.

Cross insisted on this point — he said in the interview he brought a red button to the meeting to be used if he felt a chancellor was complaining too much in a presentation. When he pressed the button, a sound effect shouted, “No whining!” (emphasis mine, because wow)

What, were hand buzzers and bottles of seltzer spray unavailable? You couldn’t find someone on a unicycle to ride up and poke them in the eyes? Look, I miss Benny Hill too, but I have access to YouTube.

Still, this can’t be true. So I asked Nico on Twitter to confirm—Nico was tweeting a lot about the Final Four, thus I assumed he was brained by an errant chicken wing when the North Carolina Won’t Make Donuts for Gay Heels (see Glazed 3:15) went down at the last moment—he assured me that his mental state was not the problem:

@ChuckRybak that’s what Cross described, yes. Did the sound effect over the phone too